Wishing on a Raven


(3.23.12)
Two Ravens
Blacker than pitch night and lighter than thin air
Hang on to the edge of the world
Daring the coldest north wind to blow them from it
With their dagger -toed crow feet grasping the clouds
They tilt an obsidian feathered finger -- just enough to make time stand still
They croak and tumble in the violent uplift like acrobats—
Coaxing gravity to pull them down to the reality that mires me to rock, soil and earth
Playing on wings borrowed from a buteo and emboldened by a fearlessness foiled from falcons
They dance between the ethereal of ancient myth and the necessity of persistent legends
Tricking the zephyrs to take them where they want to be
Absent demands beyond the momentary sliver of space they claim
Between here and now and there and gone
I watch, and worship their bold black being
Envying their freedom without fear
and joy taken without regret 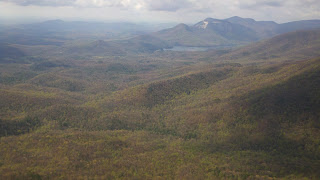 There are certain things that signal the coming of a new spring season.  It is March and even though the winter down South has been a mild one, I think everyone is eager to see new leaves unfurled and greening  with the colorful flush of blooms again. Winter, whether it is cold or not, is a bleak time and the first sunny daffodil that graced the dreary days of February was a sign of hope. 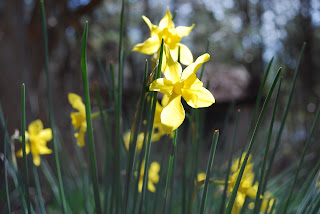 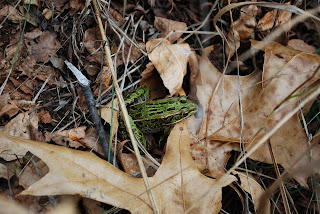 Water holds promise for others too. Soon, on the pond margins we’ll begin to see craters created in the sand.  Bluegill and bass will begin to bed, scraping out shallow depressions where the females’ eggs will be laid and the males will make good on the promise to cast widely and hope for the best. 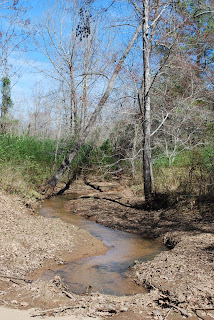 The birds won’t be outdone. As the dawn breaks earlier each day the Carolina wren’s songs have adjusted to meet the lengthening light. The rollicking rhythm is coming almost a half hour earlier by my drowsy reckoning. The cardinals and the wrens take turns at the alarm game but regardless of who pulls the song switch, it is clear that the hormonal clocks have been reset to “breed!”
Eastern bluebirds are busily checking out the nest boxes for a spring-summer lease.  The web-footed vanguard of spring migration is already rushing through as small squadrons of ducks--redheads, ring-necks and ruddies among them—are already paired. They swim in duets, displaying to strengthen the bonds that will take them to some prairie pothole far away from the farm ponds where we spy on their foreplay.  Red-tailed and red-shouldered hawks are screaming and diving in tandem, killers on the wing they have other things on their birdy brains as the light forces their sexual sap to rise. 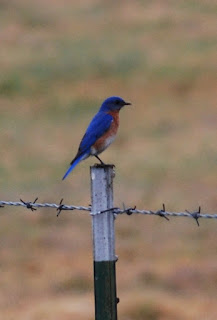 Indeed, spring is here even though the calendar says wait. I’m sure there’s more bluster to come and the mornings are a testament to that. But it is indeed a sexy season and every wild thing is looking to make woo. Sex is the way of the world. It is an imperative that drives survival. In the human condition, it is no different.  But then, the “S-E-X” word has become a dirty thing if you give any ear to the ranting of those peculiar beasts who call themselves “Presidential Candidates”. Their asexual vision is not something that I’m sure I like. Especially as it pertains to the evolutionary right to “woo” as the wildlings-- and consenting human adults see fit.  Binary fission and parthenogenesis somehow seem less fun...
Soon, in the air above us there will be legions of migrants making their way to forests, tundra, grasslands and wetlands, braving harsh weather, persistent predators and habitats degraded and destroyed. 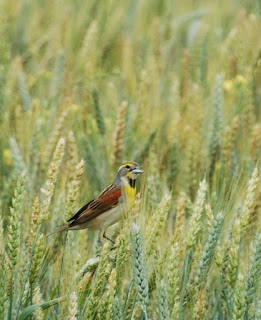 In the dwindling wetlands, ephemeral pools and beaver ponds, millions of frogs, toads and salamanders are pushing past obstacles to find the primordial ooze.  Even the plants will soon spawn, throwing sex to the wind and our itching, allergenic noses. All of this for s-e-x.  Yes, SEX! 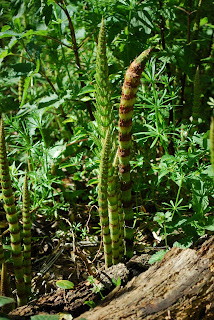 As I listen and watch the dirty dancing going on around me in the natural world, I wonder if certain folks leaning a certain way would somehow try to sanction the “S-E-X” stuff that they deem so immoral and inappropriate in the human condition.  I remember being a boy growing up on the farm in Edgefield and my Daddy telling me plainly what the piggy –back riding cows were doing.  A newborn, wobbly-legged calf was to be the result of that game, he said. 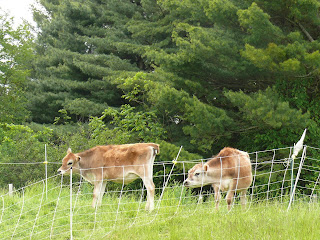 I was “enthralled” and through the wide open eyes of a boy explorer, saw everything from bugs to birds “doing it”.  Sadly, I think that certain people would have me –all of us-- cover our eyes. Look away from the courting and couplings that are everywhere! See it not and deny it all!
I’m not running for the “highest office in the land” and so I am free to say what I want. Follow the songs and find the sex.  The song sparrow throwing its head back and singing its gut out is seducing. Don’t be fooled by the spot-breasted songster’s drab dress.  The melody is a sweet as any love song ever written Some lady bird (or maybe several) will hear it, be impressed with the repertoire and territory he holds. She may choose him (and several others) to sire the next nest of sparrow-lings.  If you quietly approach a vernal pond party croaking with amphibian activity, the partiers will play coy at first and submerge to silence. But if you are a patient voyeur and wait for things to return to normal you might see sex---indiscriminate amplexus that has brought so many species forward in the evolutionary sense.  We are among those sexual beings.
My questing time in the autumn woods is to take advantage of the deer folks love making. The rubbing, scraping, and chasing was with purpose. Now, the shy, slender does that consorted with burly, lovelorn bucks are fattening with fawns. My spring questing will be to subvert the sex again. As the longbeards, gobble, strut and drum to impress the hens, I will try to be the Camouflagous  interruptus,  intercepting the wild turkey trysts. In that questing, as the woods come alive with warblers and all the other wild wonders of the season, I will continue to watch and be enthralled by it all. My interventions differ from the pious political ones in that they have nothing to do with some forced morality, but rather my desire for backstrap, Easter dinner and the challenge of the chase. 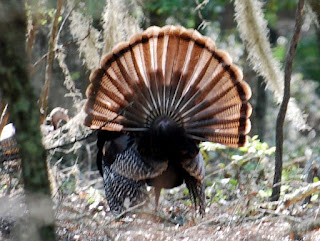 Far be it from me to judge or dictate. As the peepers peep and the songbirds sing, I will revel in their revelry. As others seek to tell everyone else how to make woo—or whether they should make it at all, I’ll be taking it all in.  I’ll try to stick to the nature stuff I know a little about and spend less time wasting time, listening to the know-nothings who’ll tell me (and you) when, where, how and who to woo with. Maybe I’ll see you out there.  I’m the naturalist voyeur with binoculars and field guide reveling in the sexy season. 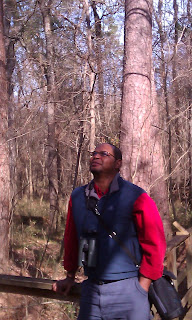